From the Mountain State to the Las Vegas Strip: ARH’s Candy Cooper Wins Trip of a Lifetime from ERP! 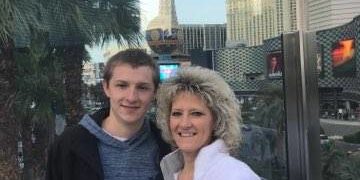 Candy Cooper always wanted to be a nurse. “I love caring for patients and taking care of those who are unable to take care of themselves. I feel like that’s what’s in my heart. Nothing makes me feel better than when a patient comes in sick, and I can send them home feeling good.” That’s exactly what Candy has been doing for 25 years in the Telemetry Unit at Beckley Appalachian Regional Healthcare. 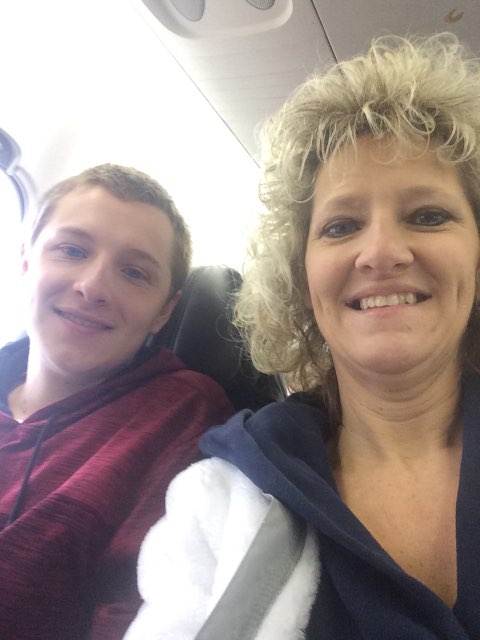 Candy Cooper and her son head to Las Vegas, NV

Not only does Candy care for her community’s critical chest pain and congestive heart failure patients every day, she also helps to mentor the region’s next generation of nurses. When nursing students from the University of Charleston or Bluefield State College need to do clinicals, they spend all 180 clinical hours with Candy, learning first-hand what it’s like to be a telemetry nurse. When one of her nursing students, Beth, expressed how much she learned from Candy and that she’d like to continue working at Beckley ARH, Candy encouraged Beth to apply after graduation.

After Beth graduated, she applied and was hired at Beckley ARH. Beth received her $5000 sign-on bonus, Candy received her $1,000 employee referral program (ERP) bonus, and Candy’s name was also put into an ARH-wide ERP drawing with a very special prize: an all-expenses-paid trip for two to Las Vegas, Nevada, including airfare, hotel, and $500 in spending money.

When Candy’s name was drawn, she was shocked. She’d never traveled far outside of West Virginia, and she’d never flown before. Candy decided to take her son, who had just turned 21, along on the trip. Towards the end of November, the pair arrived at the Yaeger airport in Charleston, ready to embark on the first leg of their journey. “The flight was an experience,” Candy says. “I was excited but scared at the same time. My heart was beating fast, but I was trying to control my anxiety because I knew my son was really nervous too!” Excitement won over nerves, and they boarded the small plane that took them from Charleston, WV to Charlotte, NC. Thankfully, their flight from Charlotte to Las Vegas was on a bigger jet. “The bigger plane was better” she says, before repeating “but for our first flight ever, it was an experience.”

When Candy and her son arrived in Las Vegas, they were dazzled by all there was to see and do. They were joined by Candy’s sister, who flew from Louisiana to Las Vegas to spend time with the family. “We had to learn how to get around, and then we got to see and do a lot of things.” In the four days that they were in Nevada, they were able to go to the casinos and a nightclub, go shopping, and see three Las Vegas shows. 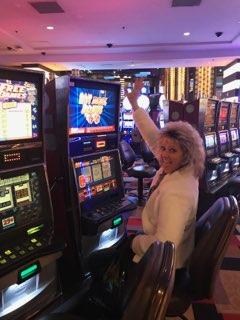 Candy’s favorite part? Seeing “Tenors of Rock”: five singers and their band covering classic rock songs in an epic Vegas stage show. “I’m an eighties girl!” Candy says, “so I really enjoyed that.” She also enjoyed the experience of going to unique shops, like Hershey’s Chocolate World and the Coca-Cola Store, and simply seeing the breathtaking sights along Las Vegas Boulevard. “At night it was so beautiful with all of the lights,” she says, mentioning the unmistakable facade of the Excalibur Hotel and Casino, and the famous water show at the Bellagio Hotel and Casino.

Candy’s son’s favorite part? The Gold & Silver Pawn Shop, home of History Channel’s Pawn Stars. “We didn’t get to see the ‘Stars’ that day,” Candy says, “Chumlee had an earache. But my son really enjoyed getting to see the shop.” 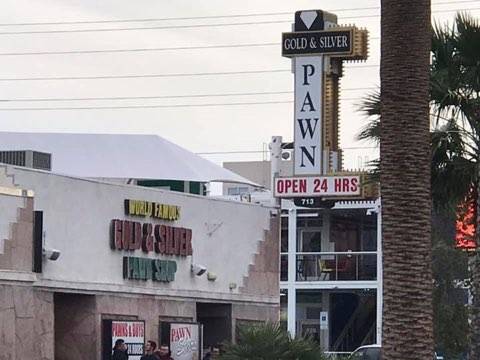 After an incredible three nights and four days, Candy and her son landed safely back at home in West Virginia, but Candy feels forever changed. “It enhanced me to be able to explore other places. You just don’t know what’s out there until you get there. It’s something that I’ll never forget, and I’m so thankful for this experience that I probably would never have gotten in my lifetime and might never get again.” Even so, Candy would love to take another trip someday. “I would have to be prepared for the flight though…that’s the scary part!” 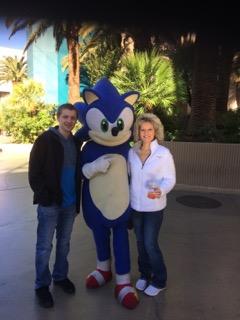 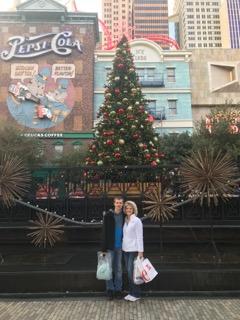 Updated: Story has been published in Harlan Daily & Beckley Register-Herald.